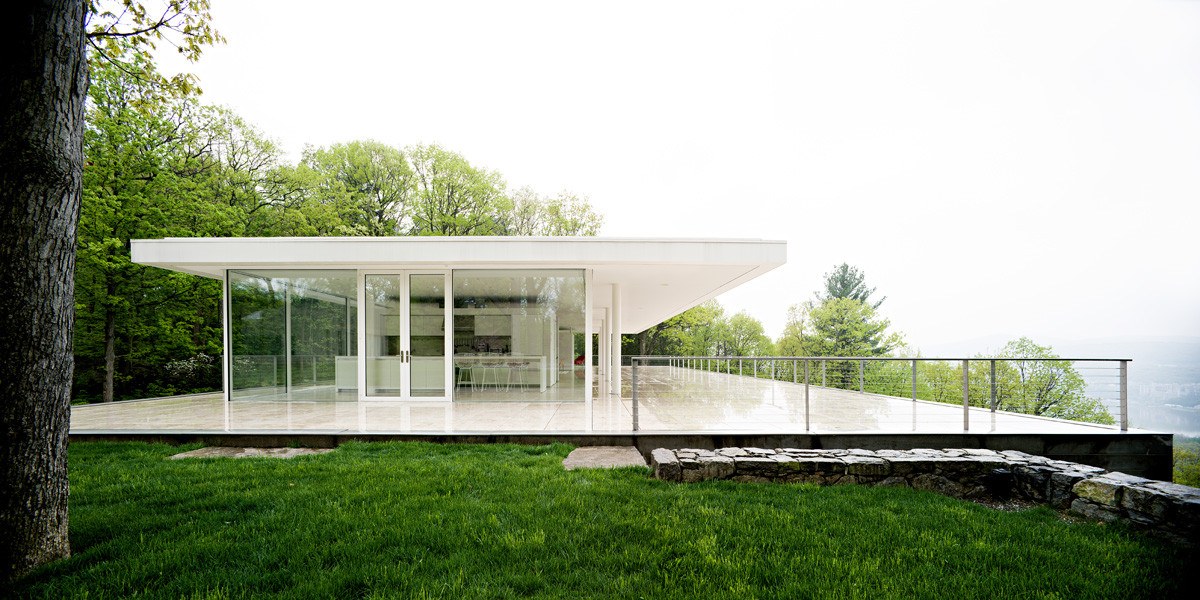 Architectural icon Alberto Campo Baeza uttered two phrases that are worth remembering. The first is that, “Light builds time”. A precept that has always been true in architecture, since the oculus of the dome of the Pantheon in Rome, where the passage of light through the walls indicates the time, and with it, the passage of time.

This evocation can be perceived in the constructions of this master architect. The rays of light penetrate the glass boxes, the stained glass windows against the straight walls, the gaps between the firm concrete walls, but then disappear and reappear, leaving evidence of the passing of the seasons, of life in general. That Tempus fugit taken to architecture that Campo Baeza’s work reflects so well. 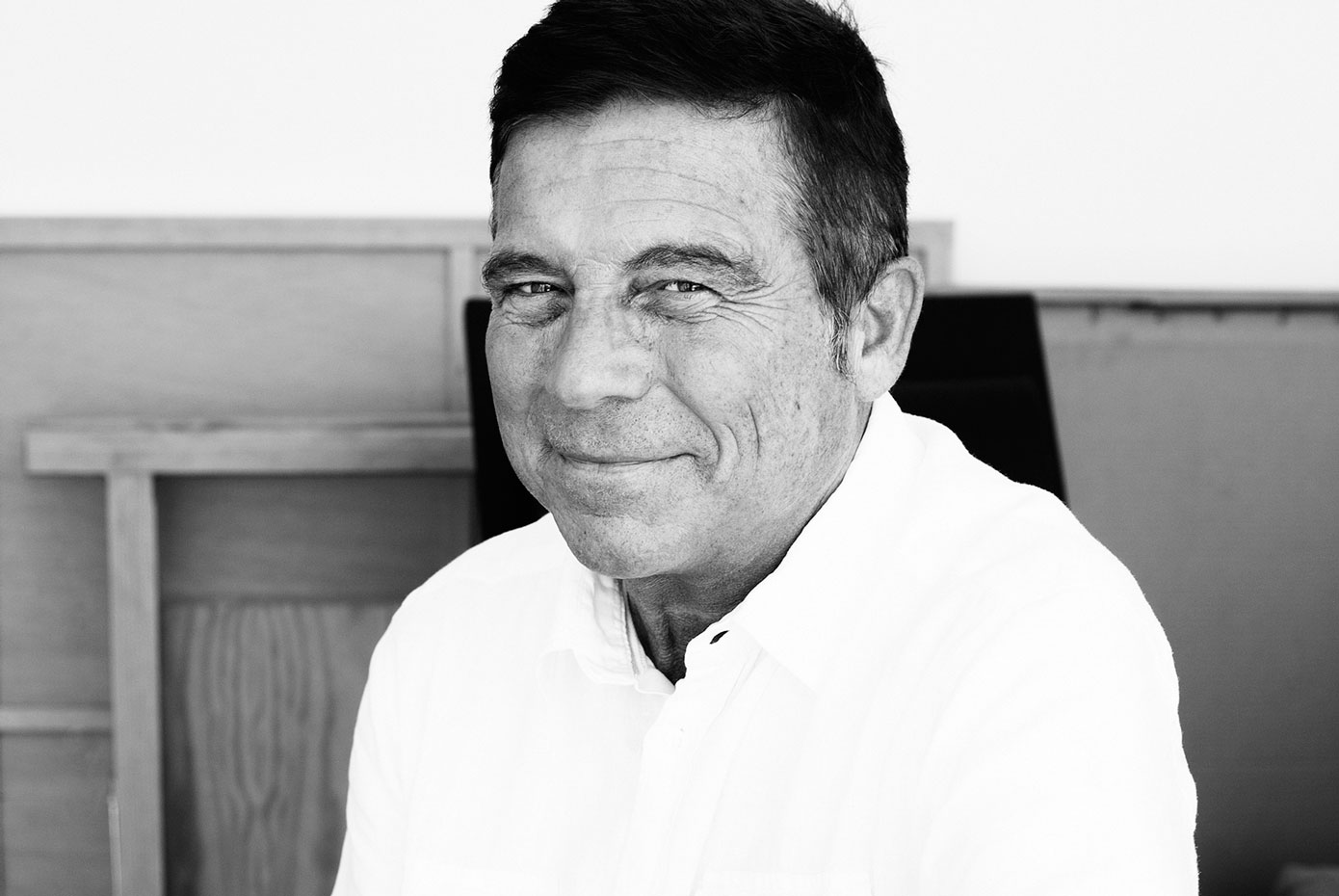 The other phrase is that “Light is the most luxurious material that exists”, and no doubt this is how he has reflected it throughout his career. He requires his students to make models to study how light passes through and tensions space. His older brother, an industrial engineer, commented to him that he should switch to 3D to work, to which he replied that on a computer you can’t see light passing through. “Light is not a mysterious thing, but a physical thing, with laws that an architect must know,” he said.

In Spain, he was recognized in 2020 as a National Architecture Award, promoted by the Ministry of Transport, Mobility and Urban Agenda. The jury, meeting virtually, highlighted the winner’s “the coherence of his professional career, his creative independence and his lifelong teaching work dedicated to training different generations of architects who have found in his work a source of inspiration.”

This evocation can be perceived in the constructions of this master architect. The rays of light penetrate the glass boxes, the stained glass windows against the straight walls, the gaps between the firm concrete walls, but then disappear and reappear, leaving evidence of the passing of the seasons, of life in general.

Campo Baeza’s work is unhurried, restrained and lacking in artifice, but above all he excels in that his houses manage to combine beauty with the necessary elements to be inhabited. His white and transparent cubes, with light as an essential and constructive element, revolutionized the architectural scene in Spain two decades ago.

Here, in The Sibarist we review three of our favorite buildings of this benchmark of contemporary Spanish architecture, both nationally and internationally, and that perfectly define his stylistic line: Casa de Blas, Casa del Infinito and Casa Olnick Spanu.

When one sees Casa de Blas, one understands that it is a praise to the essential. Like a distillation of the most substantial aspects of architecture, this construction is the absolute prototype of simplicity, and manages to demonstrate that, paradoxical as it may seem, sometimes subtracting does indeed add. The Platonic perfection of this transparent box, the height of lightness, delicately covered with a simple white-painted steel structure and supported on a concrete podium, can only amaze us. On top of a hill southwest of Madrid with splendid views of the Sierra de Gredos, sits this villa, undoubtedly one of Campo Baeza’s most powerful works, whose name was conceived in honor of its first owner. 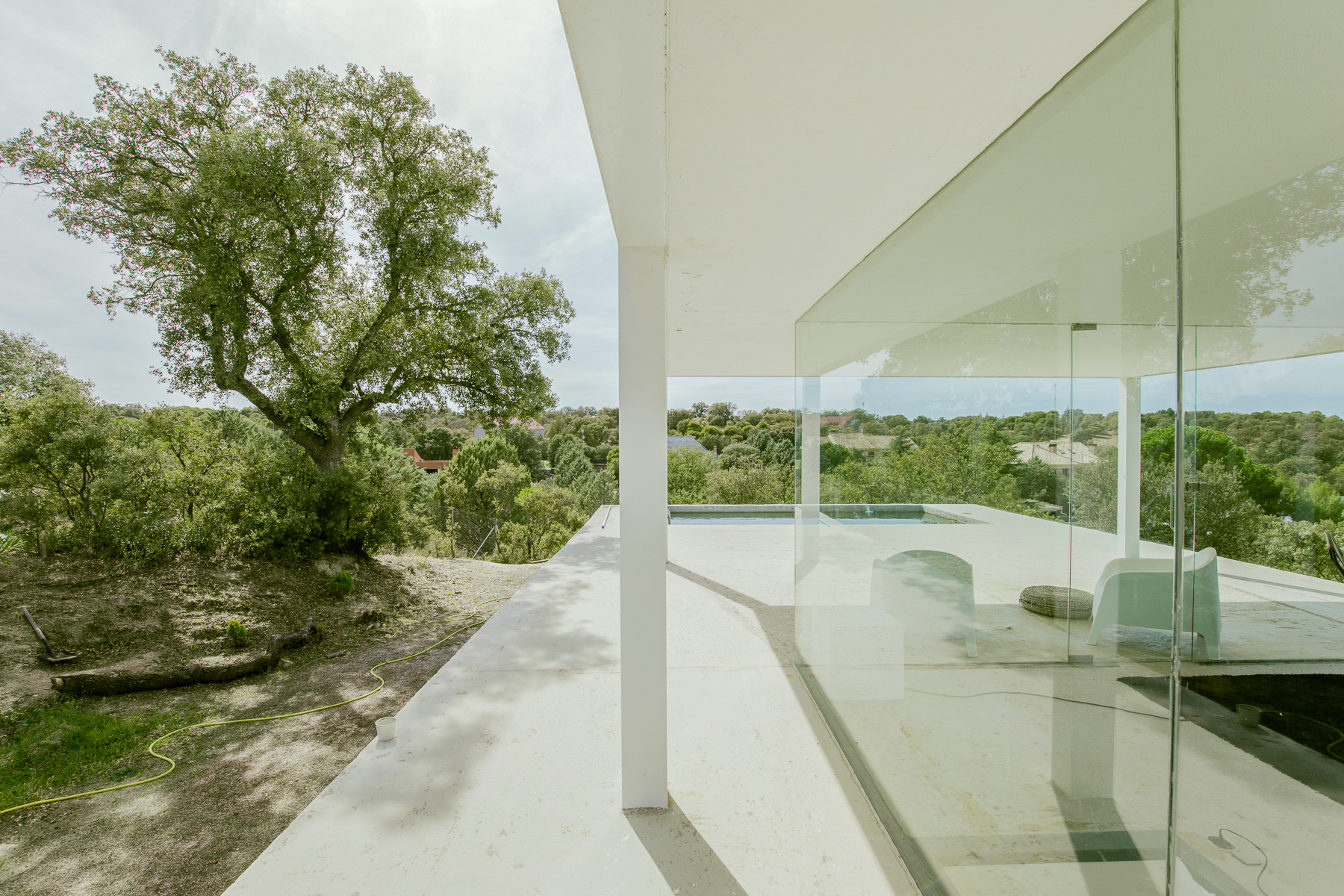 Conceived by many as the canon house of this master architect, The Sibarist offers the opportunity for filming and photo shoots at the Casa de Blas.

The architect himself defines it as a response to the place where it sits. The steel and glass that crown the structure, practically go unnoticed in the surrounding natural environment. In total, the house has 330 square meters, which are adapted to a 15-meter-high slope, built on a plot of 3,800 square meters. The upper part of the house is conceived as an urn, a symmetrical viewpoint before which the hill, the trees and the distant outline of the mountains, open to be contemplated from its wide terrace that ends in a swimming pool. Below, the cave as a space for refuge, a metaphor for the rational serenity that ties projects to the ground.

In Cadiz, at the edge of the waters that separate the European and African continents, stands the House of Infinity, in Campo Baeza’s own words, “the most radical work we have ever done”.

No wonder, since the construction was designed with the aim of emphasizing the feeling of continuity in front of the infinite sea. Therefore, the house rises like a podium crowned by an upper horizontal plane, in Roman travertine, placed on the sand as if it were a large box of 20 meters in front and 36 meters deep. 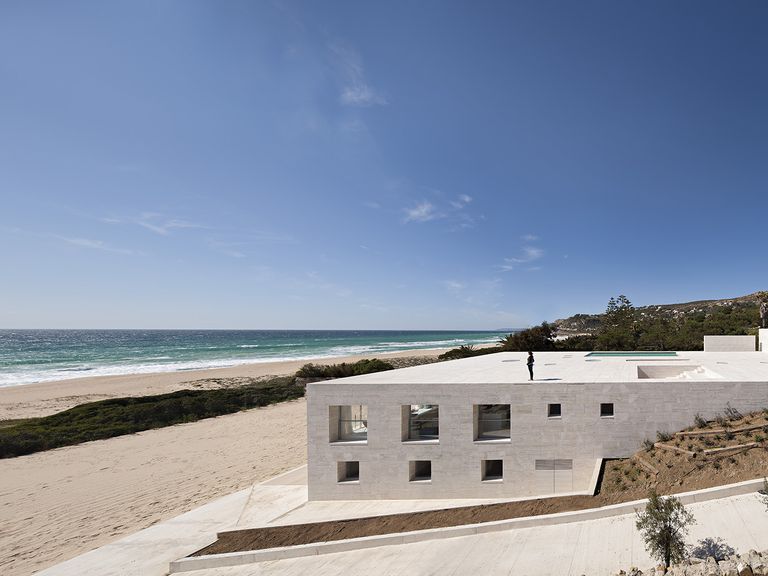 On the rooftop, a minimalist pool design offers an additional bathing space. Below the first 12 meters, the living space is developed on two floors carved into the stone, a material that dominates the structure up to the entrance wall that separates the plot from the street, instilling a sense of perennial solidity. A real treasure with the Atlantic Ocean as a backdrop, where history is projected towards modernity.

In a stunning setting along the Hudson River, the Olnick House was built with the intention of enhancing it. A place where the sunsets are of a thousand colors when the water breaks into reflections and calm reigns after the rain and fog. It is there that Campo Baeza built a large box with sturdy concrete walls that accentuate its relationship with the earth.

This construction on the platform resembles a large table with ten legs. It creates three areas divided by two white boxes on the inside that do not reach the ceiling and contain stairs and toilets. The central space is the living and dining area with a large white table. On one side, closer to the pool is the kitchen and on the other side, the fireplace area. In short, once again, the hut over the cave. 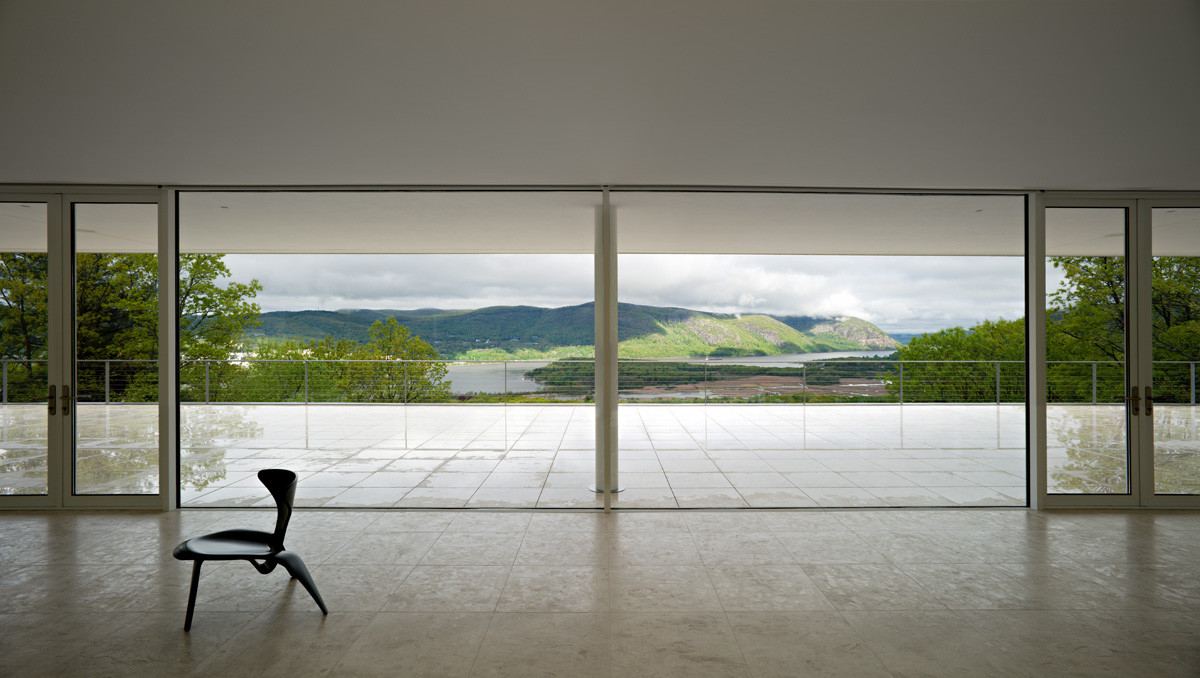 A project with Mazda and SACo in collaboration with the designer and interior designer Lorna de Santos.