Juan Herreros, the nobility of simplicity 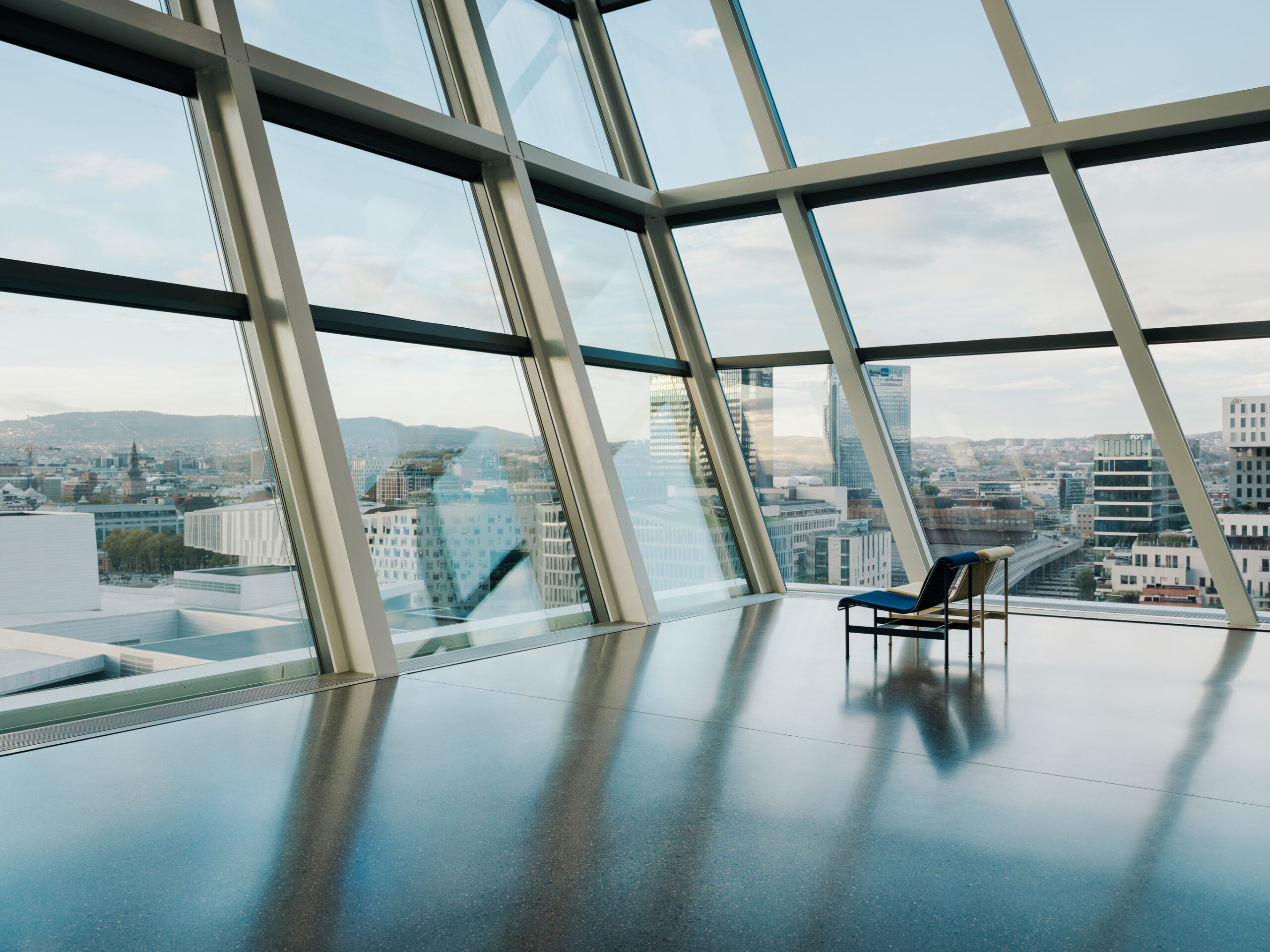 Juan Herreros, the nobility of simplicity.

It was dreamed and made. In an interview with Juan Herreros (San Lorenzo de El Escorial), the architect assured that the only point of view of innovation that interested him was the one that had more to do with giving a twist to established concepts, and not so much the fascination with new technologies.

“For example, to what extent are we able to simplify a complex world, how can we make architecture reach more people, why do we still cling so desperately to seemingly immovable truths that in practice have come to nothing? In the case of the Munch Museum building, it avoids the most conventional spectacularity, by means of a simple and recognizable geometric figure,” Herreros questioned, as if he were trying to awaken the minds of his students on the stage of Columbia University in New York. “Now it’s hard to be novel, looking for the so-called wow effect. That silhouette, however, achieves it because it will be associated with the city of Oslo”.

For Herreros, the spectacular nature of architecture lies in its neutral character, which does not eclipse the landscape, or in the case of a museum, in the work of the artist it houses. 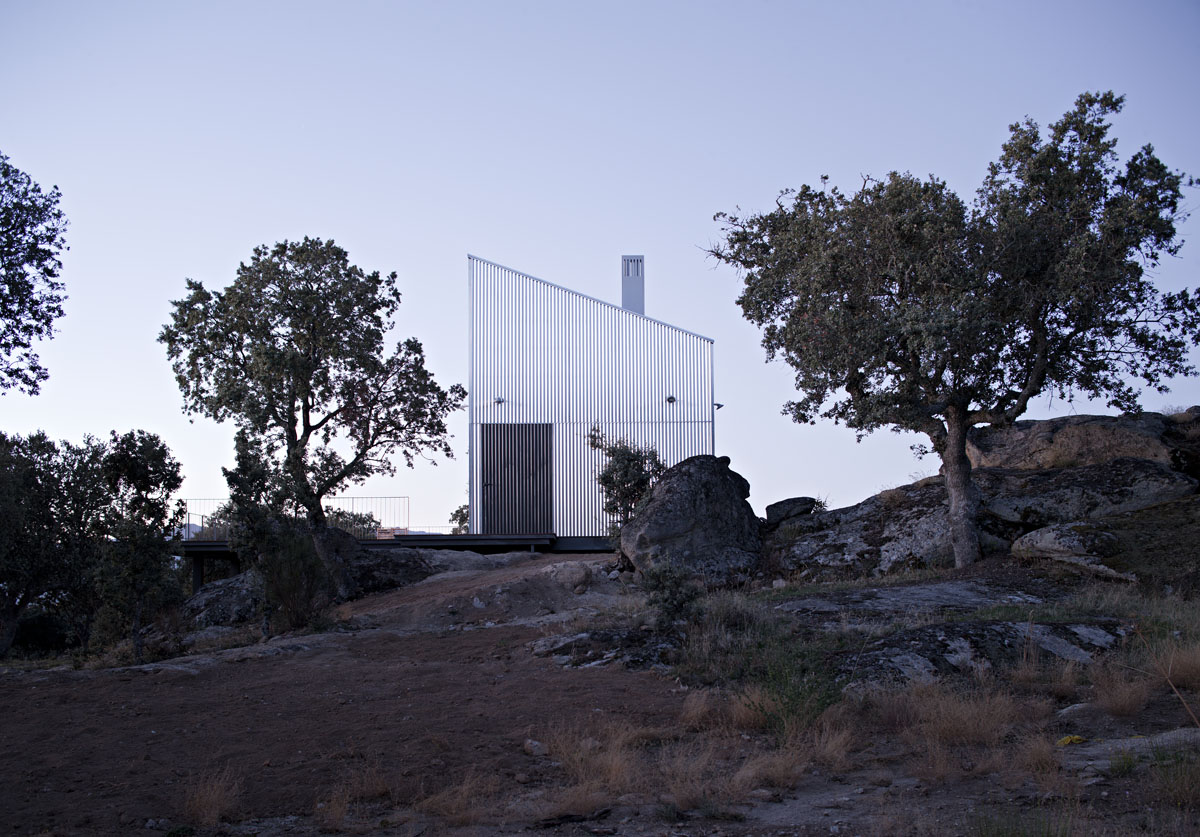 During his itinerant and exuberant professional career, Herreros has made clear this tendency to constantly revise the foundations on which the world is built, as well as his ability to free himself from ballast in order to achieve brilliance.

He holds the title of International Fellowship of the Royal Institute of British Architects; he has received the Architectural Digest Award for Architecture, the Medal of Arts of the city of San Lorenzo de El Escorial, and has been nominated for the Medal of Architecture of the Academy of Arts and Letters of the USA, among many other distinctions.

An architect, who just as he builds a congress center in Bogotá, public spaces in Panama, or raises a city block in Casablanca, erects in Oslo the Munch Museum, the star piece of his estudio Herreros. 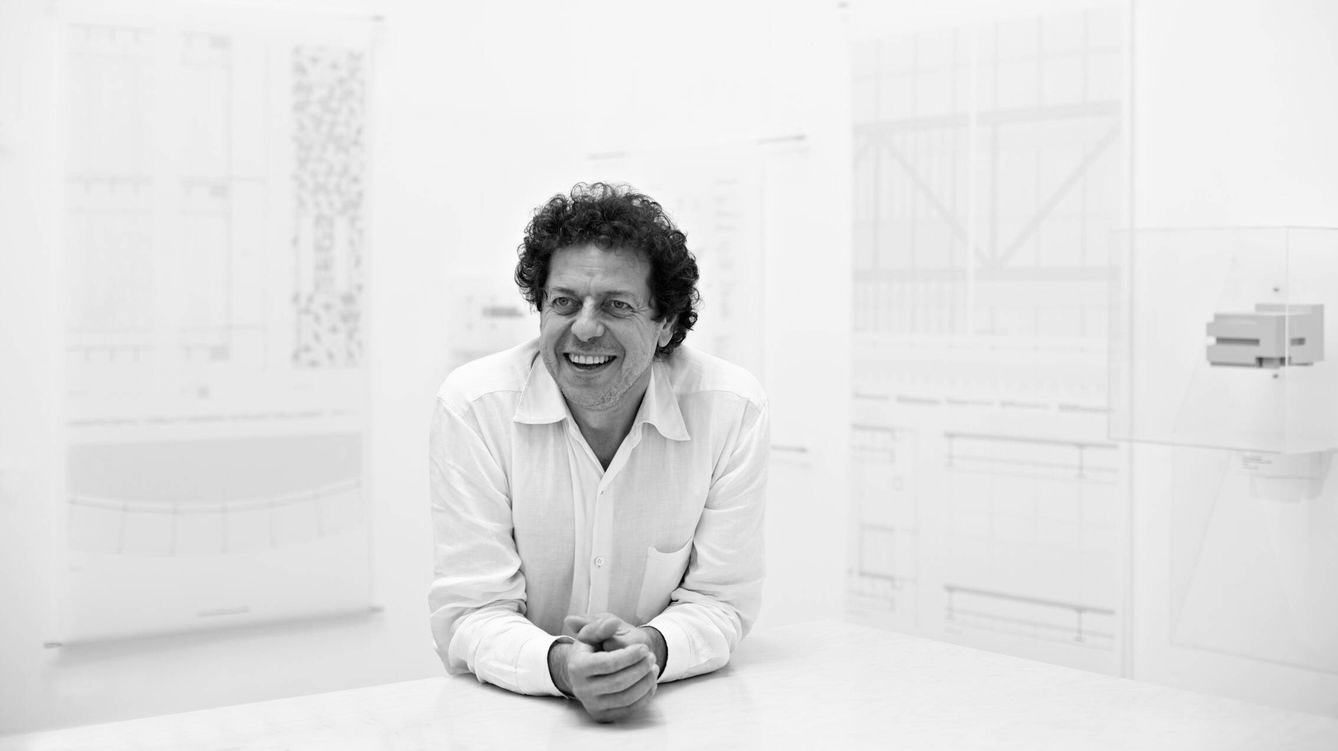 Herreros defines architecture as the exploration of how we want to live. A path that must cross singularity to be relevant in the world. “Today, an architect has to be more of an instrument of dialogue, of analysis even, in shaping things,” he says of his profession. “He must be more than simply a designer of buildings.” Below, we at The Sibarist review three of our favorite buildings by this icon of contemporary Spanish architecture, both nationally and internationally, and which perfectly define the common thread of his work: Casa Garoza, the Munch Museum in Oslo and the Pepe Cobo house.

The admiration of the city over nature. The Garoza house, located in Ávila, is based on ideals that look towards sustainability and respect for the environment, however, it is not conceived as a refuge to escape from the city but as a fragment of the everyday house displaced to the countryside.

“For example: to what extent are we capable of simplifying a complex world?how can we make architecture able to reach more people?why do we continue to cling desperately to seemingly immovable truths but which in practice have come to nothing?”

Its metal structure, with a markedly industrial feel, was fabricated in a workshop and then transported for installation in a single day. During construction, only the last layer of the façade was laid on site, thus blending into the landscape without damaging its surroundings of large granite boulders in the slightest. 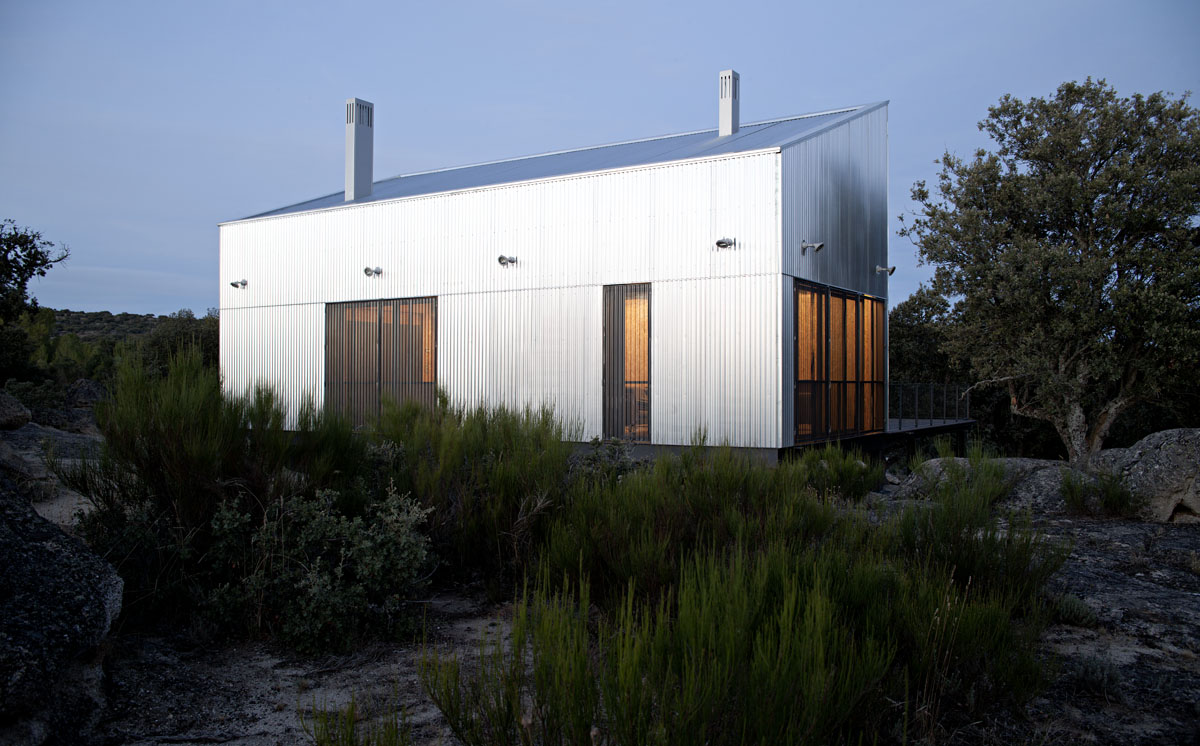 In this line, the house rests lightly on the ground. In fact, it barely touches the ground except for a few metal feet that do not require foundations as they rest on the original granite.

This concept that aspires to inalterability is taken to the extreme by conceiving this minimal construction as a prototype of an energy autonomous industrialized house. For this reason, it was a finalist in the Spanish Biennial of Architecture and Urbanism, selected for the FAD Awards and the Mies Van der Rohe Awards for European Contemporary Architecture, and finally, awarded the Construmat Prize for Technological Innovation in 2011 and awarded an AR House Award 2012. This makes this project a benchmark for modular industrialized housing.

The house humbly coexists with the silence, the climate and the presence of animals, wanting to be itself a part of the great conversation of the passing of the seasons. A construction raised towards integration with the landscape, with which it manages to mimic as if it were a gesture of contemporary appreciation towards nature. 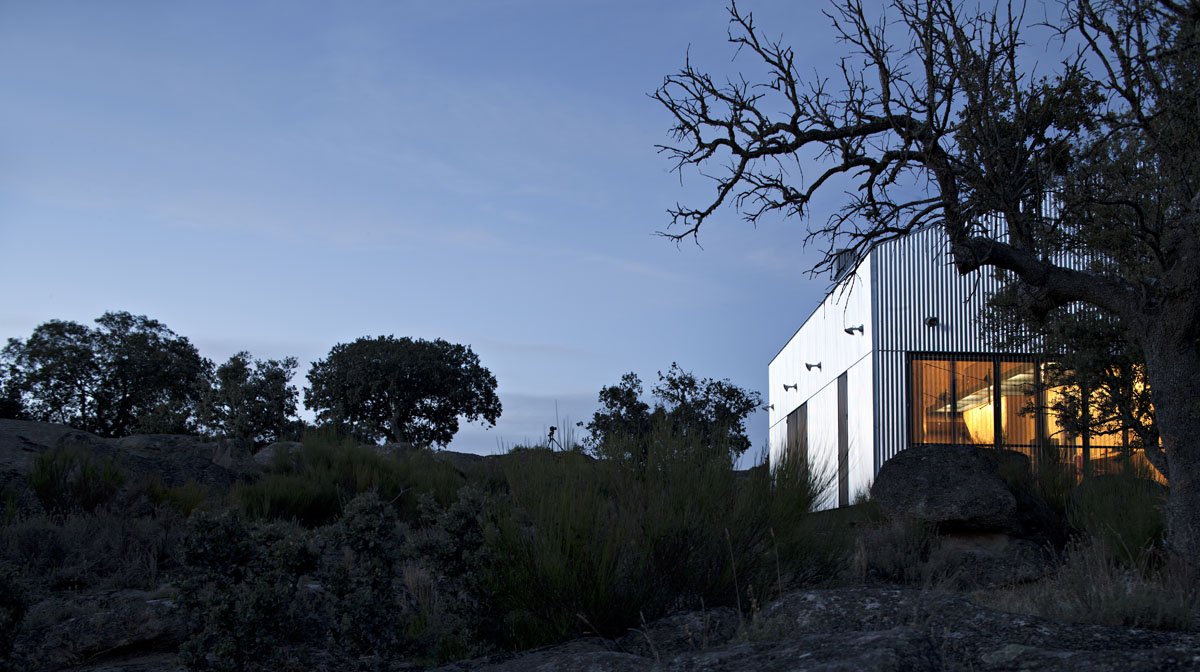 An imposing vertical volume covered with an undulating skin of perforated aluminum rises like a lookout over the fjord, slightly inclined over the cold waters that surrounded what was once the port area of Oslo.

It is the Munch Museum, designed by Herreros studio, a building that is part of the fundamental heritage of the history and character of Norwegian culture. “We are faced with a unique opportunity to develop a contemporary museum concept nurtured by a transcendental urban role and a historical responsibility as a cohesive element of the community not only of Oslo but of the entire nation”. 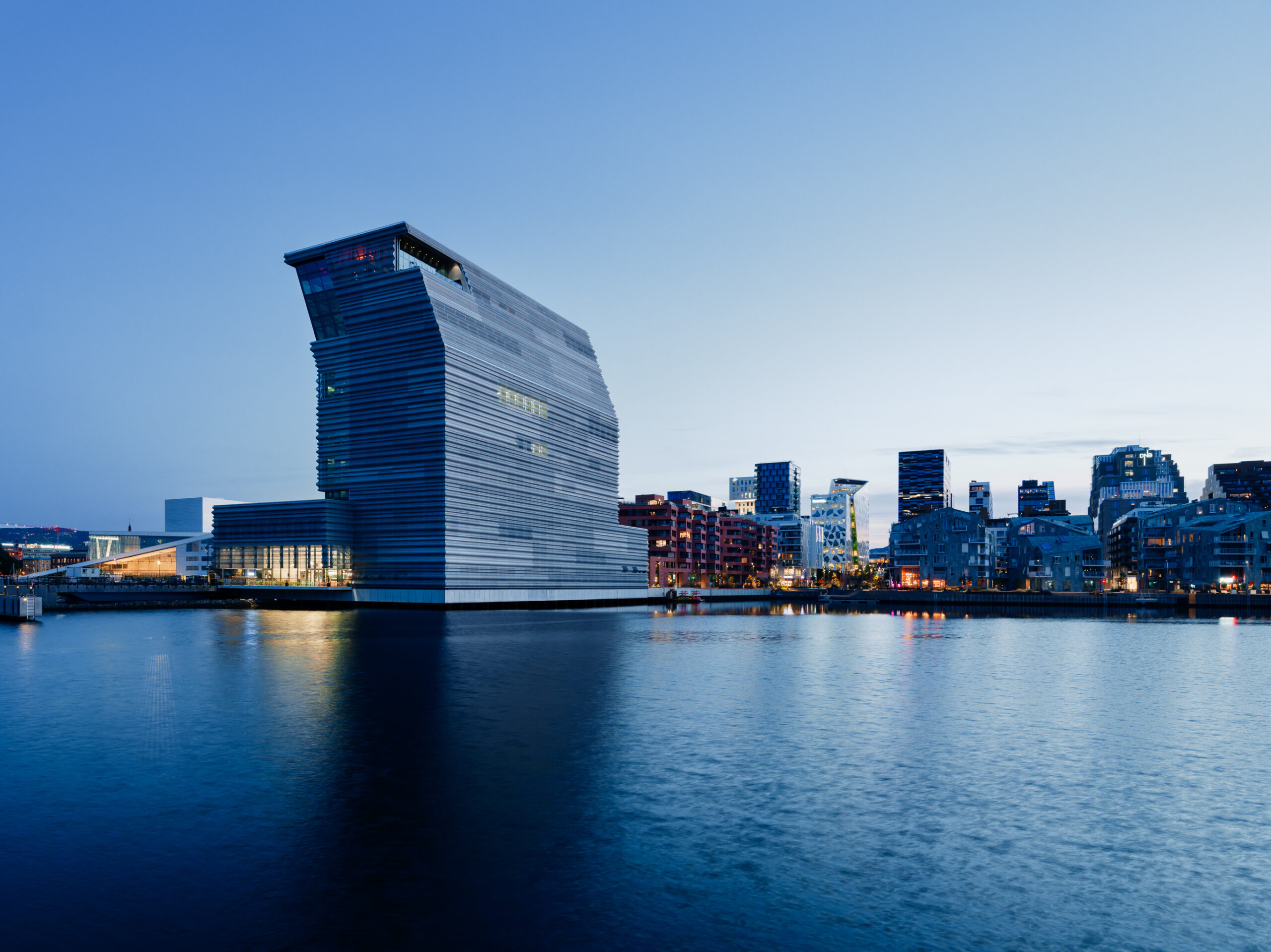 Its ascending route connects the lobby, which houses the public space for recreational, commercial, cultural and restaurant uses, with the roof terrace, offering in parallel the discovery of the work of Edvard Munch and the different historical strata of the city of Oslo. This gesture of conceiving the communication system as an ascending viewpoint is the essence of the heterodox character of developing a museum vertically.

“We are faced with a unique opportunity to develop a contemporary museum concept nurtured by a transcendental urban role and a historical responsibility as a cohesive element of the community not only of Oslo but of the entire nation.”

But there is more. The building responds to the demanding involvement in energy and environmentally sensitive aspects demanded by the Norwegian public. This is because its facilities operate under the Passivhaus concept, based on aspirations such as lightness, sustainability, recyclability and maintainability. 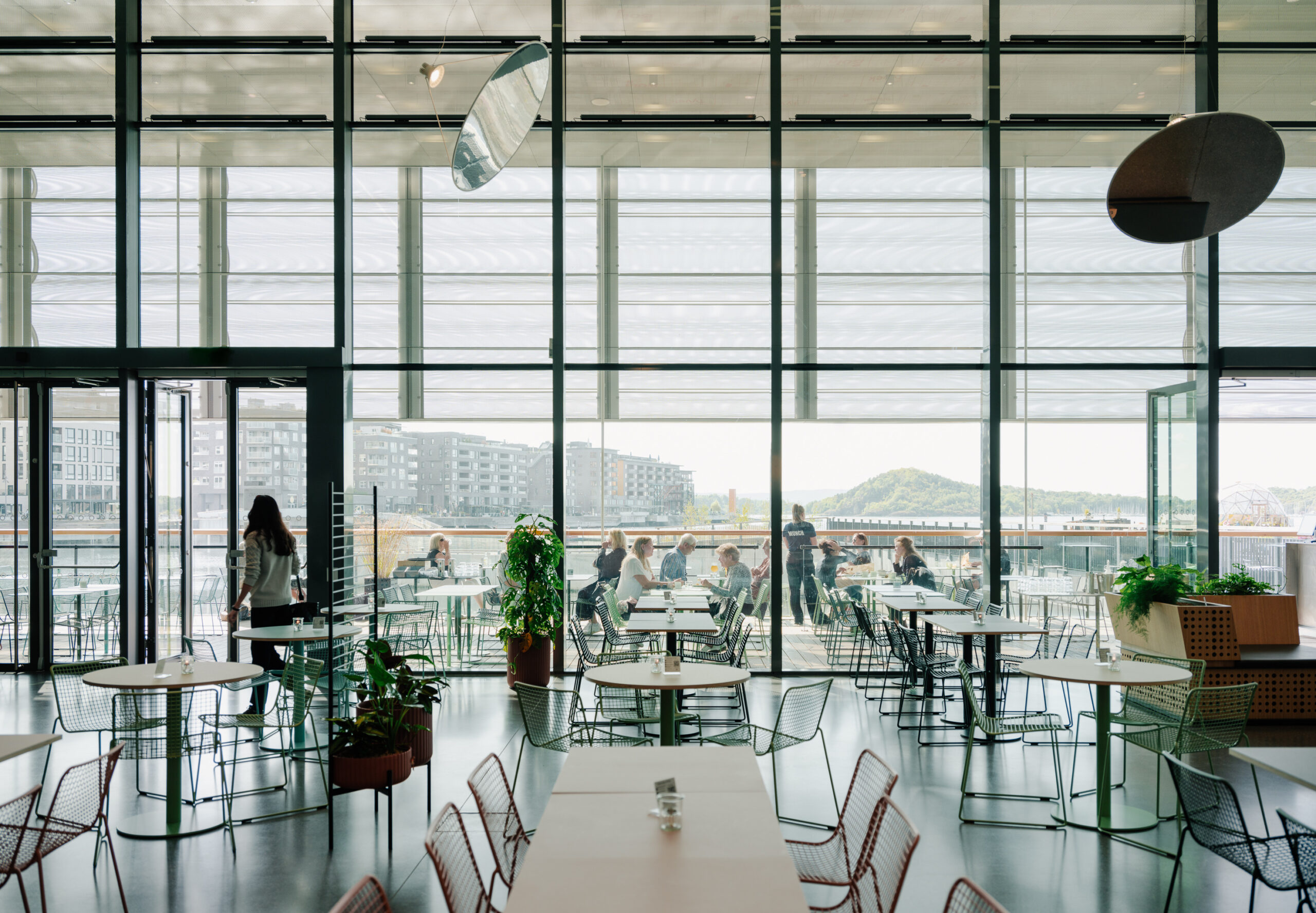 On a small rocky hillock there is a privileged natural observatory, especially at sunset, from where spectacular views of the valley and the mountains of the village of Artá, in Mallorca, can be seen. It was the place chosen to build the Pepe Cobo House in 2009, commissioned by the artist himself.

From up there, one understands why, in order to have a great idea, there must have been others so that the thought is predisposed to be born. The Pepe Cobo House is an architectural exercise without which the previous Oslo project would not have been possible, since it laid its ontological foundations. 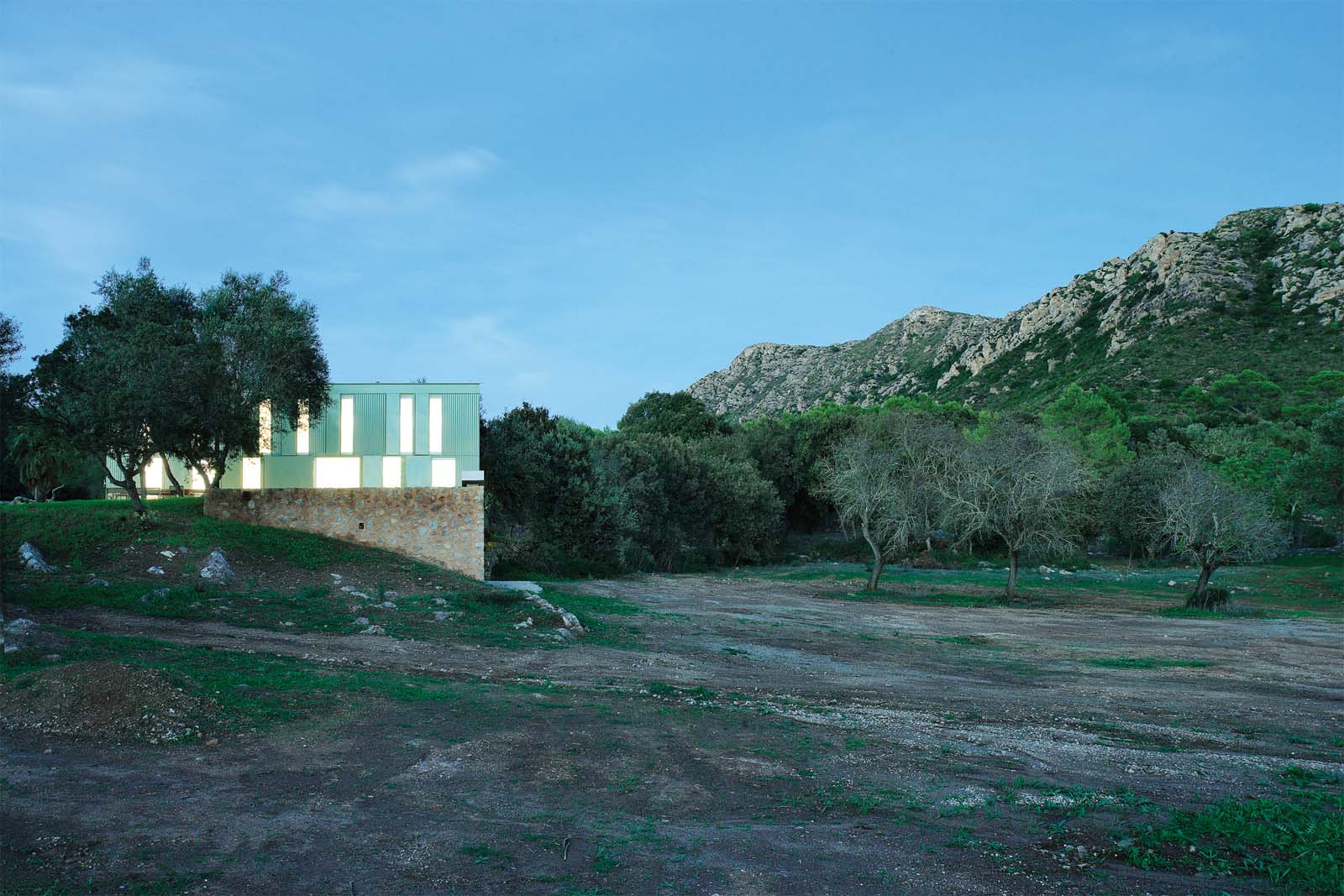 The project consisted of adapting the traditional use of a shepherd’s shelter to that of a contemporary minimalist dwelling. To this end, the small building is designed to take advantage of the northern and southern lights. The result of this current application of local wisdom, is a proposal of great environmental sensitivity and integration into a landscape, because it is painted the color of the underside of the leaves of oaks and olive trees.

The scheme also symmetrically reproduces the original volume in order to maintain its typological conditions and traditional technical operation. The facades, built with dry systems, promote a measured and voluntary dialogue with the local climate. 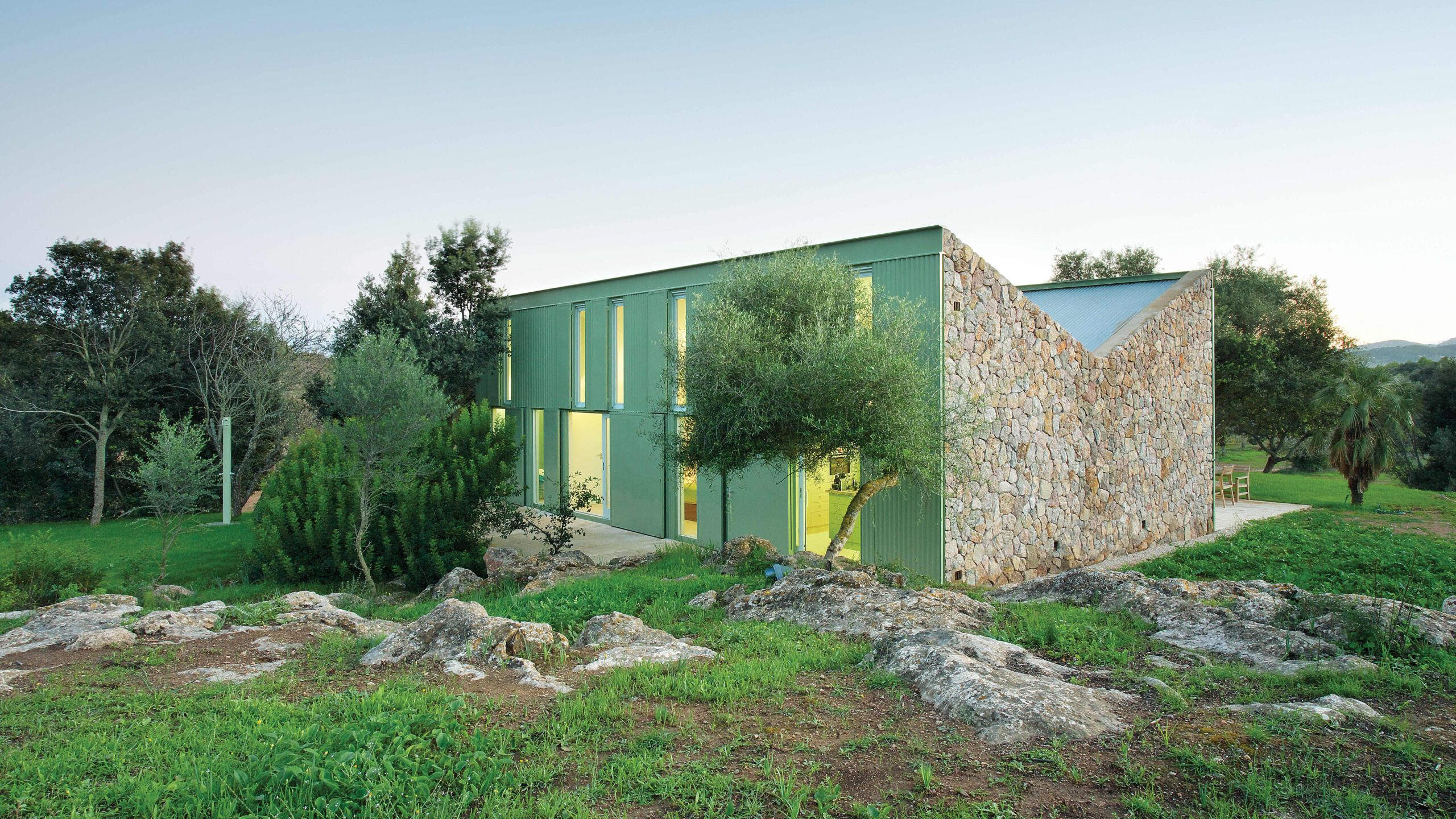 The routine actions intrinsic to the routine of a house, such as illuminating the walk, letting the air in to ventilate or drawing the curtain to let the sunlight in, are in this construction differentiated operations in two families of openings and doors. This gives the construction an ambiguous and enigmatic character.

In the interior, tradition leaves its mark by dividing it into the primitive scheme of three rooms, one of which was once used for the animals, another for the shepherds and the last for the fodder. Simplicity pervades everything inside and out. Each room has a single large object, whether it is the table, sofa, desk, bed or kitchen island, which defines it and is replicated outside, giving rise to a second home in the open air.

A DAY OF ARCHITECTURE, DESIGN AND ART WITH … PACO DE BLAS

The house that heals

Mazda, SACo and The Sibarist invited us to The House of the Future for a tour full of craftsmanship in the framework of MDF.