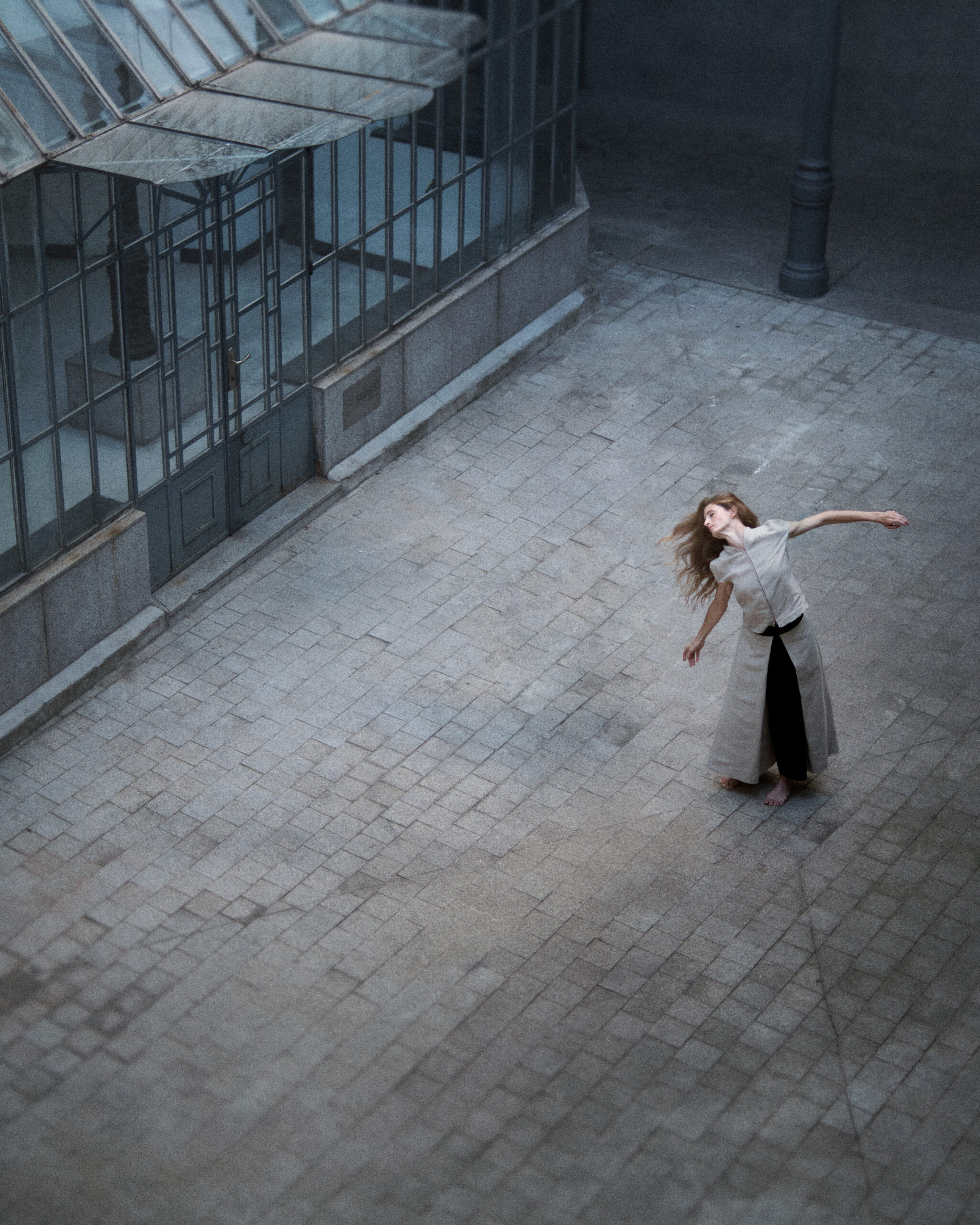 Once again this year, on the occasion of Open House Madrid, a festival of architecture of reference in the city of Madrid, we are once again participating by opening the doors of our office: El Invernadero.

During the 24th and 25th of September our space will be open for architecture lovers in the city to visit it freely.

To announce our participation this year we have created an audiovisual artistic piece in our space as a special tribute to architecture that we share with you, “Diálogos de arquitectura” (Architecture Dialogues)

This work explores the interrelationship between human beings and architecture through space and matter in movement. Architecture, dance and fashion align to bring us to an organic connection of all things through the cinematographic gaze of Derek Pedrós in this poetic piece. The balance and coherence between our being and our way of being in the world.

An architecture capable of responding to a dialogue between human nature itself and its surroundings. Habitats that integrate the organic, that discover the essence and whose purpose surpasses the beauty of their own identity.

Sensitive to now and tomorrow, even if we no longer exist. Thus they endure over time, preserving their capacity to move us as on the first day and awaken our senses. Places that become eternal and grow old with the traces of the emotions experienced. And their purpose always intact… the happiness of their occupants.

Inés Valderas is the dancer and choreographer of this performance directed by Derek Pedrós. Influenced by fabrics in movement, she seeks the visual in her creative processes through a particular beauty. Her constant restlessness and need to see dance in its multiple artistic aspects led her to enter the world of dance-film.

Beatriz Fierro, architect and creative designer of Fierro Madrid is in charge of the wardrobe, created from natural fabrics and dyes with lines inspired by the architecture itself. They design pieces with character that last over time, conceived with precision and made according to ethical and sustainable criteria. Conscious attention to every detail makes them unique, just like each person who wears them.

Derek Pedrós, filmmaker and photographer from the Canary Islands. Director and producer of this artistic piece. His passion for architecture and dance are transmitted in each of his works. Creator of stories through dance in unique and historical properties in the Canary Islands, his recent works include.

Silvia Hengstenberg, a founding partner of The Sibarist, is responsible for the text and curatorship of this audiovisual work.

About El Invernadero and the building

This unique space is located in the cosmopolitan neighbourhood of Chueca. Located in the large central courtyard of a stately building dating from the early 19th century, it is believed to have been built by the Marquis of Casa Jiménez. It retains its original iron structure, greyish in colour and with a markedly French air. Today it has been converted into an ephemeral space, with two floors and 76 square metres in total. The central courtyard gives it a special character, from where we can contemplate the magnificent building from the perspective, sheltered by its two large chestnut trees that add to its charm.

The first plans of the building date from 1807 and were commissioned to request the construction of a new façade, approved by Juan de Villanueva. In the middle of the 19th century it was the Marquis of Casa Jiménez who acquired the property, and to whom the construction of the emblematic greenhouse is attributed. At this time, the façade was again renovated, acquiring an Elizabethan style that has endured over time. Subsequently, his children and heirs, the Viscount of Torre-Almirante and the Baroness of Monte-Villena, divided the property in two, creating two entrances to the building, which are still preserved today.

THE SECOND EDITION OF ART U READY STARTS

ARQUITOPÍA BY SERGIO FEMAR FROM 11TH TO 19TH OF DECEMBER