FROM 18 TO 21 FEBRUARY: Round table, performances, exhibitions, charity auction... 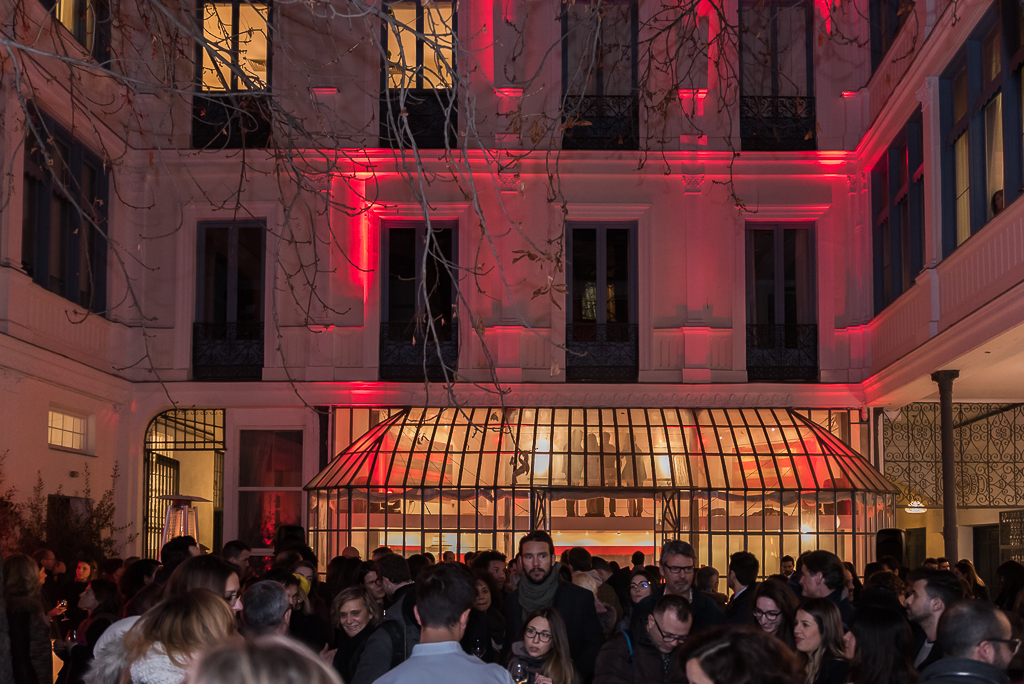 We tell you how was our opening of the III Edition of ART U READY 2018: EMOTION AND IMPACT.  As every year, during the week of ARCO we inaugurated our exhibitions with a round table whose themes were Innovation, research, search. Digital technologies and new materials bring about different ways of understanding space.

With these approaches, how do architecture, interior design, design and art dialogue, and how do these disciplines allow new ways of inhabiting space?

To answer these questions, on 18 February we talked with architects Carlos Arroyo and Jaime Bartolomé, the Director of Institutional Relations of the IED Marisa Santamaría, digital artisan Daniel Valencia Ferrá and art collector and Director of Ars Magazine, Fernando Rayón. Mar Vera, interior designer, moderated the table and Silvia Hengstenberg, founder of The Sibarist, presented the event. We were able to see a packed room made up of ART U READY’s already unconditional friends, journalists, artists, collectors, designers and architects, which was immediately sold out.

It was a very interesting talk that we didn’t get enough of because of the number of topics that came up and the different points of view, which finally converged in common conclusions and numerous questions from an inquisitive audience.

Jaime Bartolomé: “Innovation is an objective of art and architecture with a clear interest if it brings improvements in the user experience, we must observe the effects on society, responding to environmental measures combined with comfort. Technology as a means to add value.”

We went through the last few years of architecture, a sector that has been particularly hard hit during the crisis. We talked about how we have overcome the image that architecture is the enemy of ecology…

Carlos Arroyo: “There are incredible projects that are great examples of ecology.” 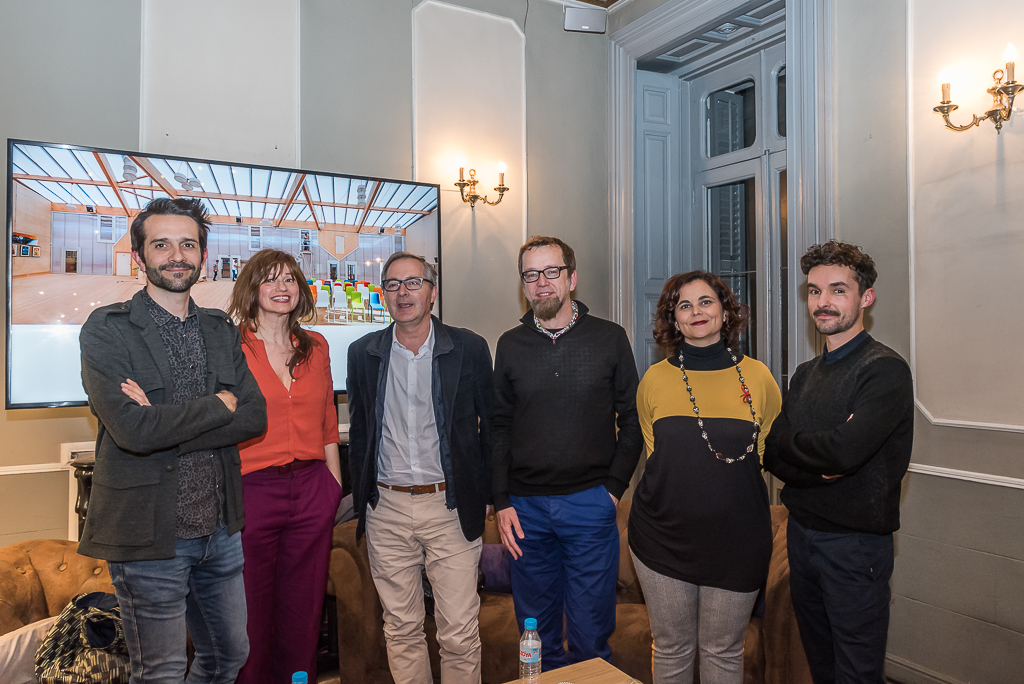 Fernando Rayón gave us a vision of current collecting and how collectors have been the great patrons of artists during the time of crisis and how their houses are precisely an example where art, design, architecture and technology converge. We focused on the transformative point of view that is intended with innovation in each of the areas, that this innovation must improve what there is, with responsibility and we commented on some projects.

Fernando Rayón: “We have also seen great innovation in architecture, and in terms of architecture we have seen artistic innovation… if you visit a collector’s house you can see that if there is anyone at the avant-garde it is them”.

Carlos Arroyo: “Art is an approach to reality. Architecture dialogues with art, a necessary architecture for today’s needs, the era of social networks…. If I make social buildings in Rwanda, I am thinking about usability and sustainability, adapting myself especially to that environment, my work consists of making a building that is also desirable, where art intervenes… sustainable, poetic landscape thanks to art.” 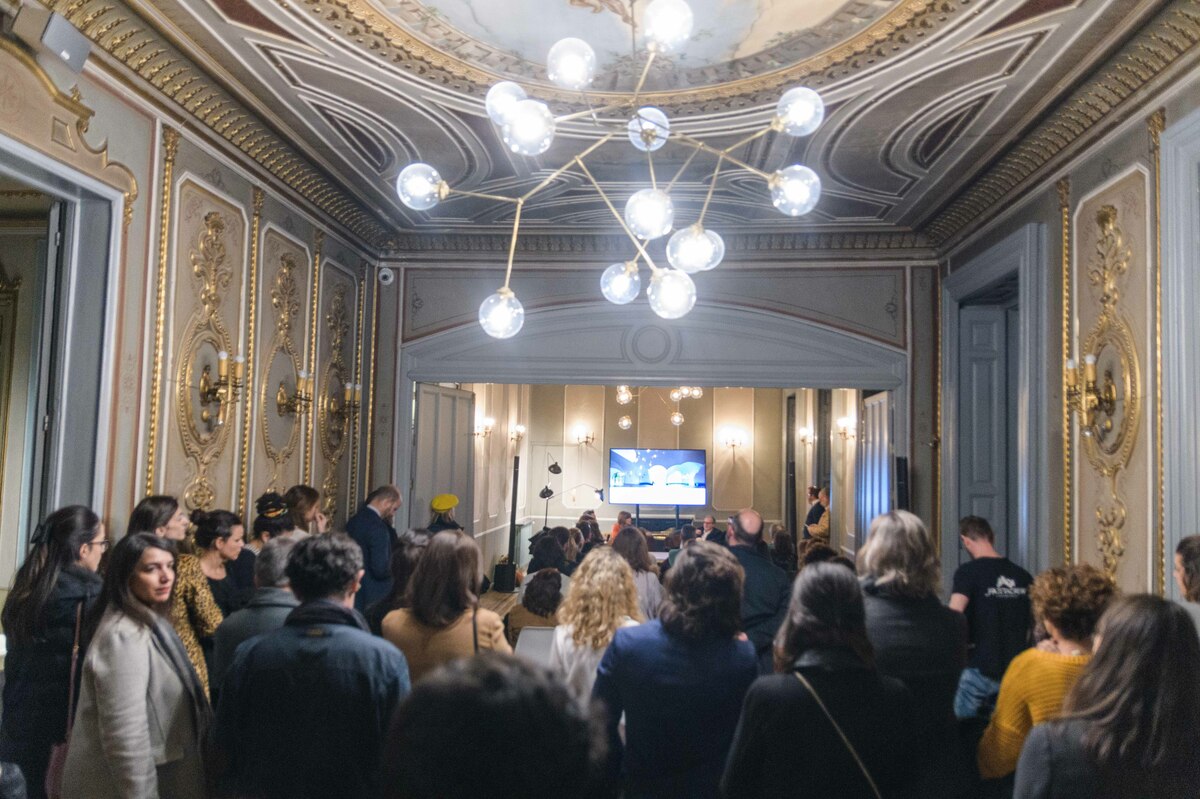 Dani Valencia: “Digital artisan, two words that are very antagonistic to prioiri. I put technology at the service of artisanal creation, respecting the rules of the traditional, with a view to the future… betting on what doesn’t yet exist.”

Fernando Rayón: “How do collectors react to proposals such as Daniel’s, a digital artisan? In collectors’ homes they often live with very advanced home automation, they are fascinated by what they don’t know, some are very modern, they are very interested in the future… they support all that. Collectors have been the support for many artists in the midst of the economic crisis.”

At the end of the round table, the audience was encouraged to ask questions to the speakers. Of the many, we were left with one that could be the subject of a new debate… is there such a thing as architecture collecting?

Fernando Rayón: “There are venture capital funds dedicated to recovering architecture, there is less collecting, I suppose that on the one hand it is more expensive, in general, and on the other hand there are many institutional barriers when it comes to rehabilitating a building”. The example of Solo Houses, the first architecture collection in Europe, was presented.

We talked about future projects, Country Sides (architectural studios such as RCR are working on it), in which a new vision is launched from the local level. Marisa Santamaría: “There is a greater interest and social pressure and awareness to go more towards nature, a greater sensitivity from society to the profession and from the profession to society”.

Dani Valencia: “With digital technology, fortunately we have enormous accessibility to information, it gives us the ability to see a more global world, which leads us to a greater collective awareness… nature should always be a focus of study, of example, of creation of artistic and educational patterns.”

After the round table we moved on to the opening of Misael del Rosario’s first solo exhibition at the Invernadero, which opened with a contemporary dance performance created for the occasion by the choreographer Macarena Girón with original music created by the composer Carolina Hengstenberg. The spectacular lighting was provided by Domo Madrid. 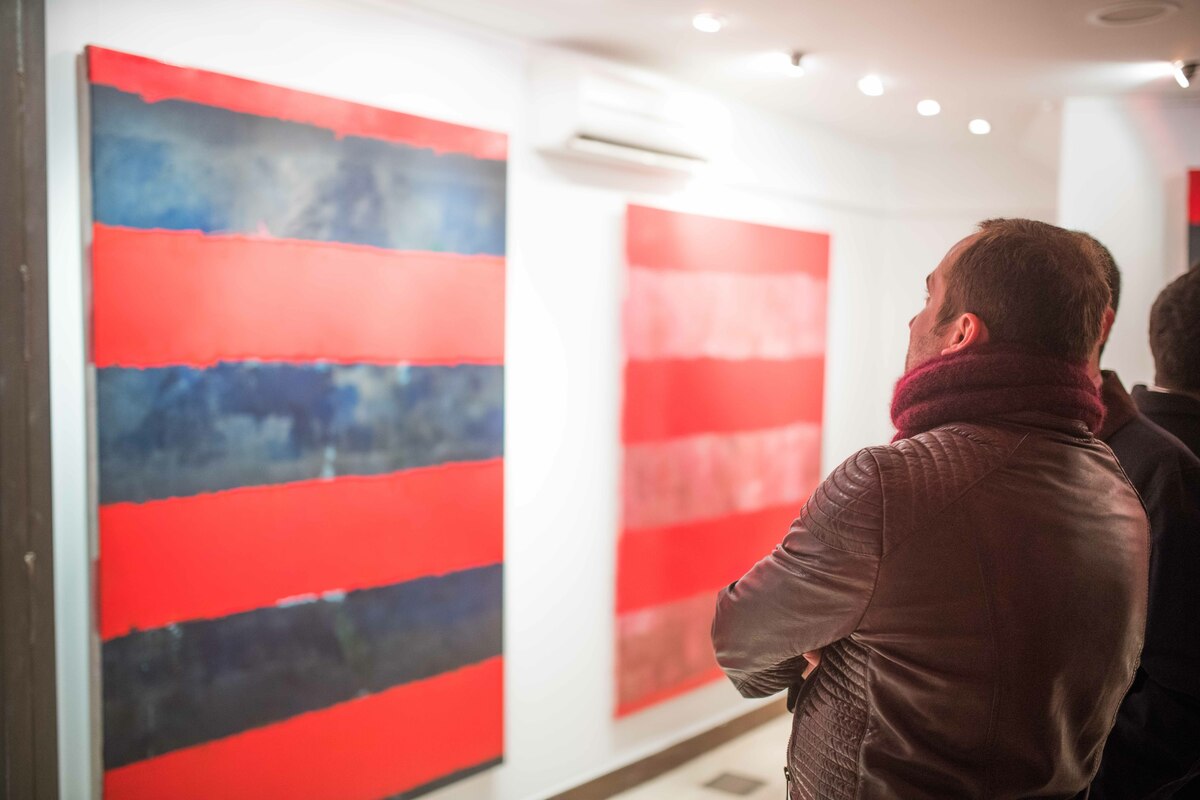 In the same week, on the 21st of February, we organised for the second consecutive year an auction of works by the collective of artists of the Association Debajo del Sombrero for the benefit of the Association. The place was the student residence Wunderhouse, located at 20, San Lorenzo street.

This event concluded the actions of ART U READY during the week of ARCO and where more meetings were promised throughout the year, so for the first time we announce a jump outside the traditional art week in Madrid and the triangle formed by San Lorenzo, San Mateo and Hortaleza streets.

Thanks to all of you who joined us.

Exhibition and charity auction of artworks by Debajo del sombrero

THIS WAS THE OPENING OF “ABOUT WATER” BY ULF SAUPE