Excellent fusion between the tradition, flavours and techniques of Japan and the iconic Spanish cuisine 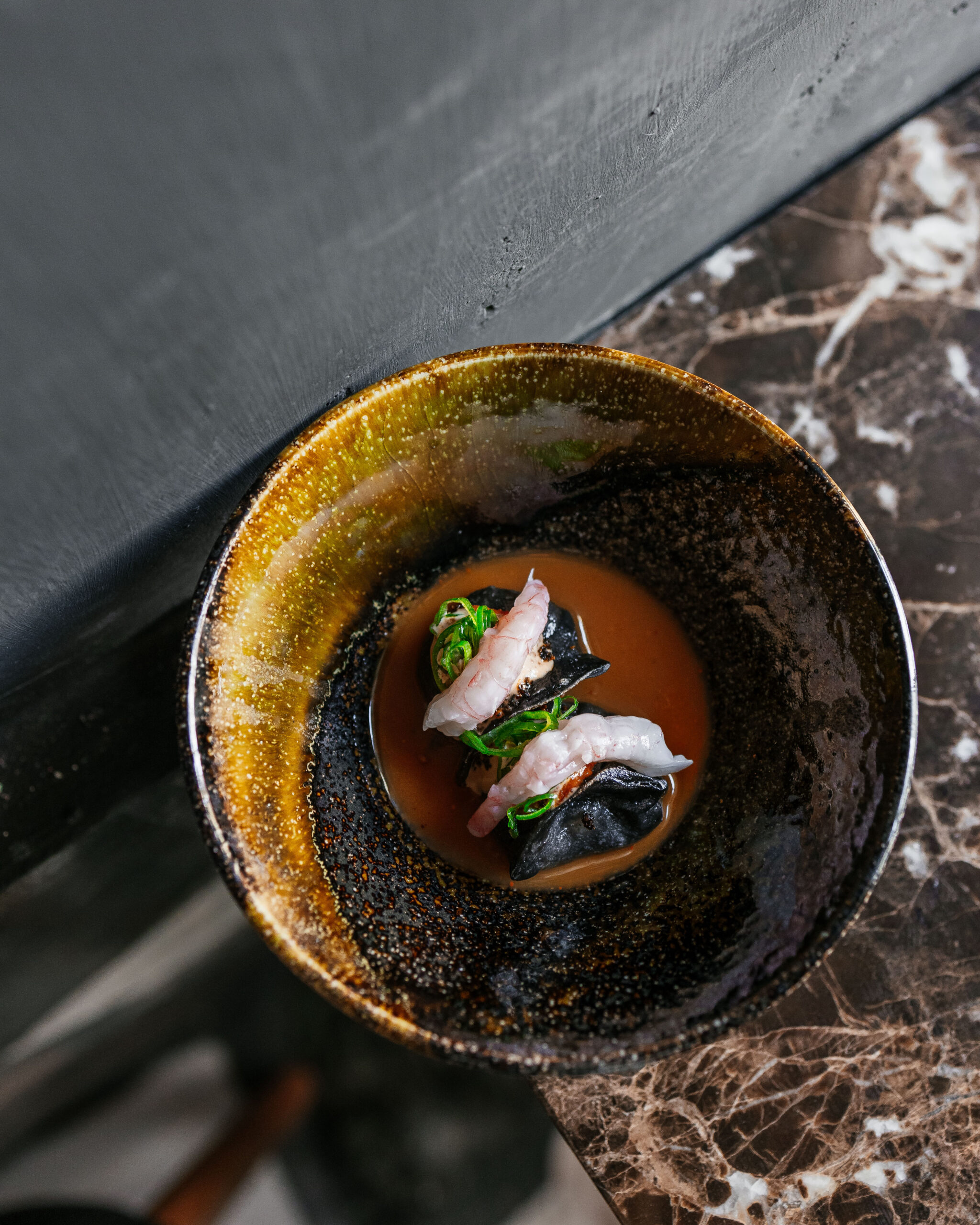 What is it about taverns that makes us fall in love with them so much? Maybe it’s their relaxed atmosphere that invites daring, or maybe it’s the fact that everything in them ends up becoming a celebration. What is clear is that we have never seen them combined with the tradition, flavours and techniques of Japan, and our verdict is that they go together wonderfully.

We had already heard about the culinary prowess of Iban González and Sergio Monteverde, creators of Grupo Sr. Ito, which is one of the most recommended restaurants in Madrid. Their latest opening has the soul of a tavern and revolutionises the culinary scene in the capital with a daring, fun and, of course, succulent concept that fuses traditional Japanese cuisine with the most traditional. A gastronomic daring that we have been dying to try. We tell you about it here.

This brand new japanese-spanish tavern is located at Marqués de Riscal number 6, with a focus on originality and quality. The aesthetics, the atmosphere and the culinary proposal maintain the typical rogue character of taverns where there is no liturgy but a lot of spontaneity.

The menu is ideal for those who enjoy being guided by their appetite. We see fried foods, pickles and sandwiches, but we are warned that everything has the particular stamp of Sergio Monterde. We start with the gilda with anchovy vinaigrette, chives pickled in Modena vinegar and seaweed; the unique (as well as delicious) salad with ingredients such as crumbled spider crab, flambéed kimchi and piparras accompanied by prawn bread. The ham croquette with Iberian jowl and the Japanese taco, which reflects the restaurant’s hallmark, are also unmissable.

We continue and let ourselves be conquered by their irresistible baos. We highly recommend the calamari one with doughnut bread and a light aroma of vanilla, mint and chipotle, which they tell us is inspired, of course, by the tradition of Madrid. Then come the crispy oxtail gyozas dipped in Asian salmorejo, stew, mushrooms and seafood. All finger-licking good. And then comes the star dish, the katsu sando with pork ribs.

In terms of food pairing, the offer includes Japanese craft beers, seven types of sakes ranging from fruity to dry, and distillates such as whisky, rum and vodka and vermouth, also made in Japan, which can be enjoyed on their own or with other ingredients in cocktail form.

In terms of interior design, Casa Sr. Ito has a very relaxed style that appeals to those who love to eat at the bar, which has been designed to seat eight diners. There is also the possibility of sitting at high tables. Our gaze inevitably falls on the ceramic pieces created by artist Carlos Villoslada. Flamenco and soundtracks from legendary films such as Kill Bill play in the background. No doubt we’ll be back.

OPEN AT ANY TIME, A CLASSIC THAT REINVENTS ITSELF WITHOUT LOSING ITS ESSENCE.