According to a study by TecniTasa, the most expensive areas of the capital and Barcelona once again reach and exceed 10,000 euros per square metre 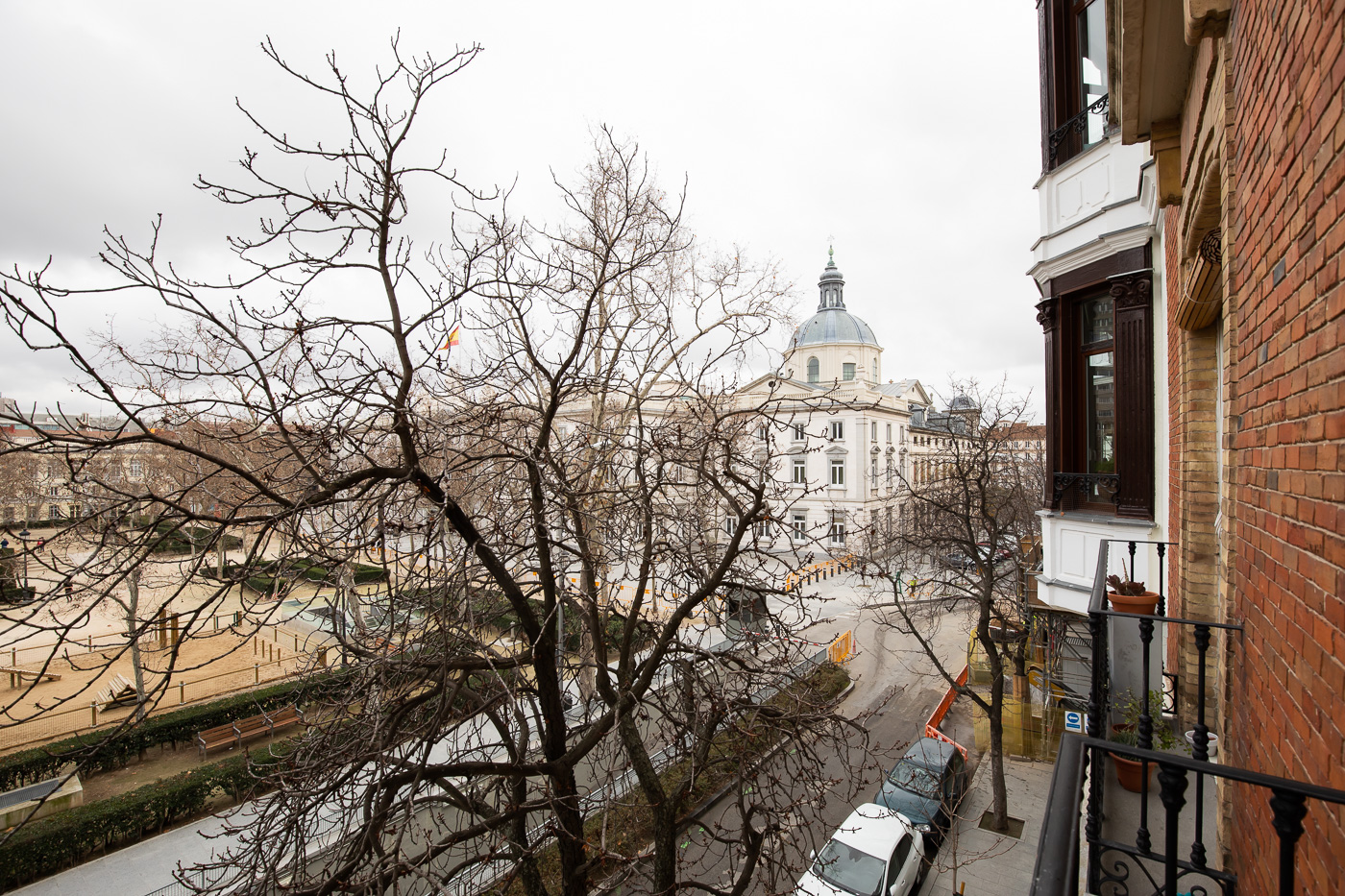 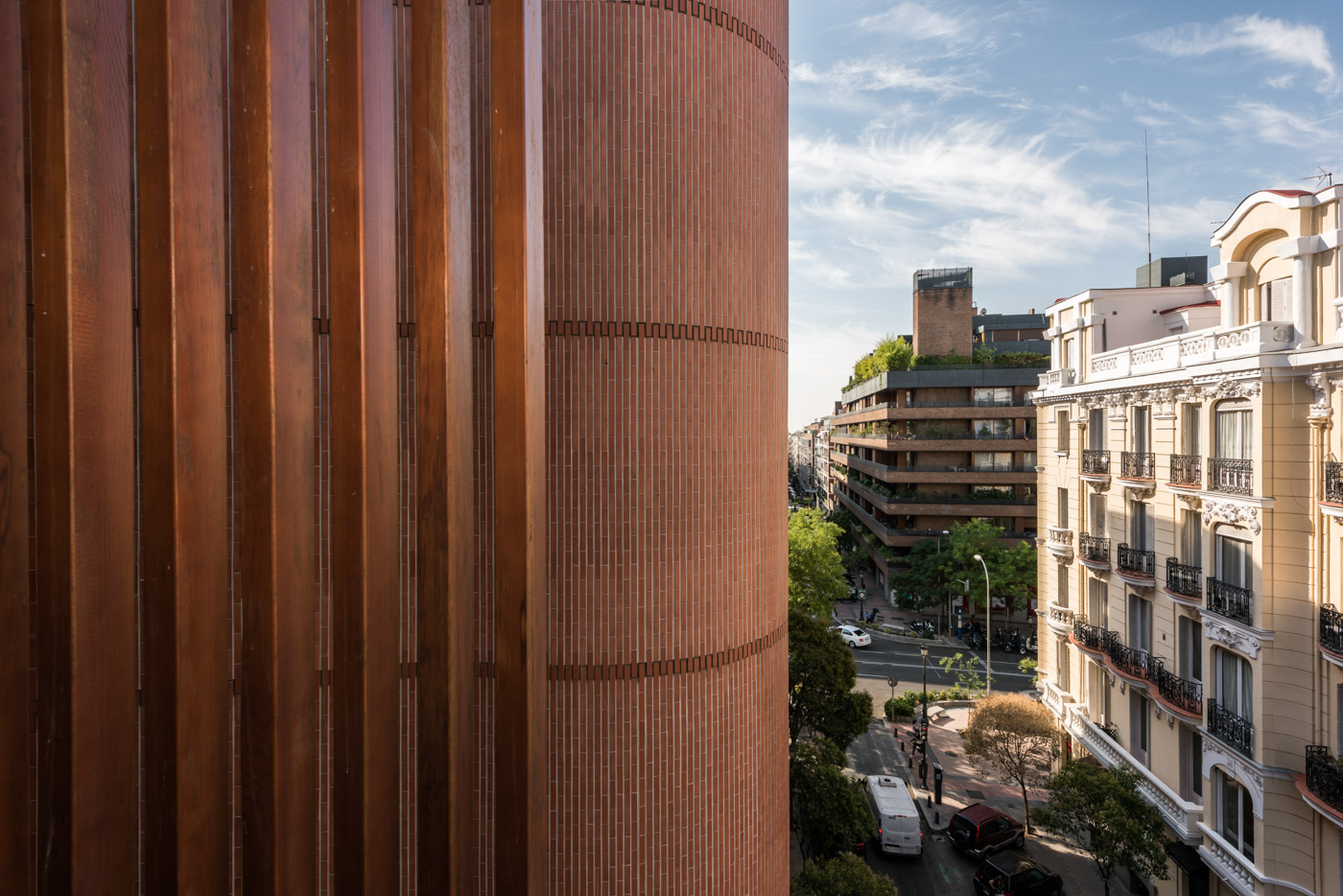 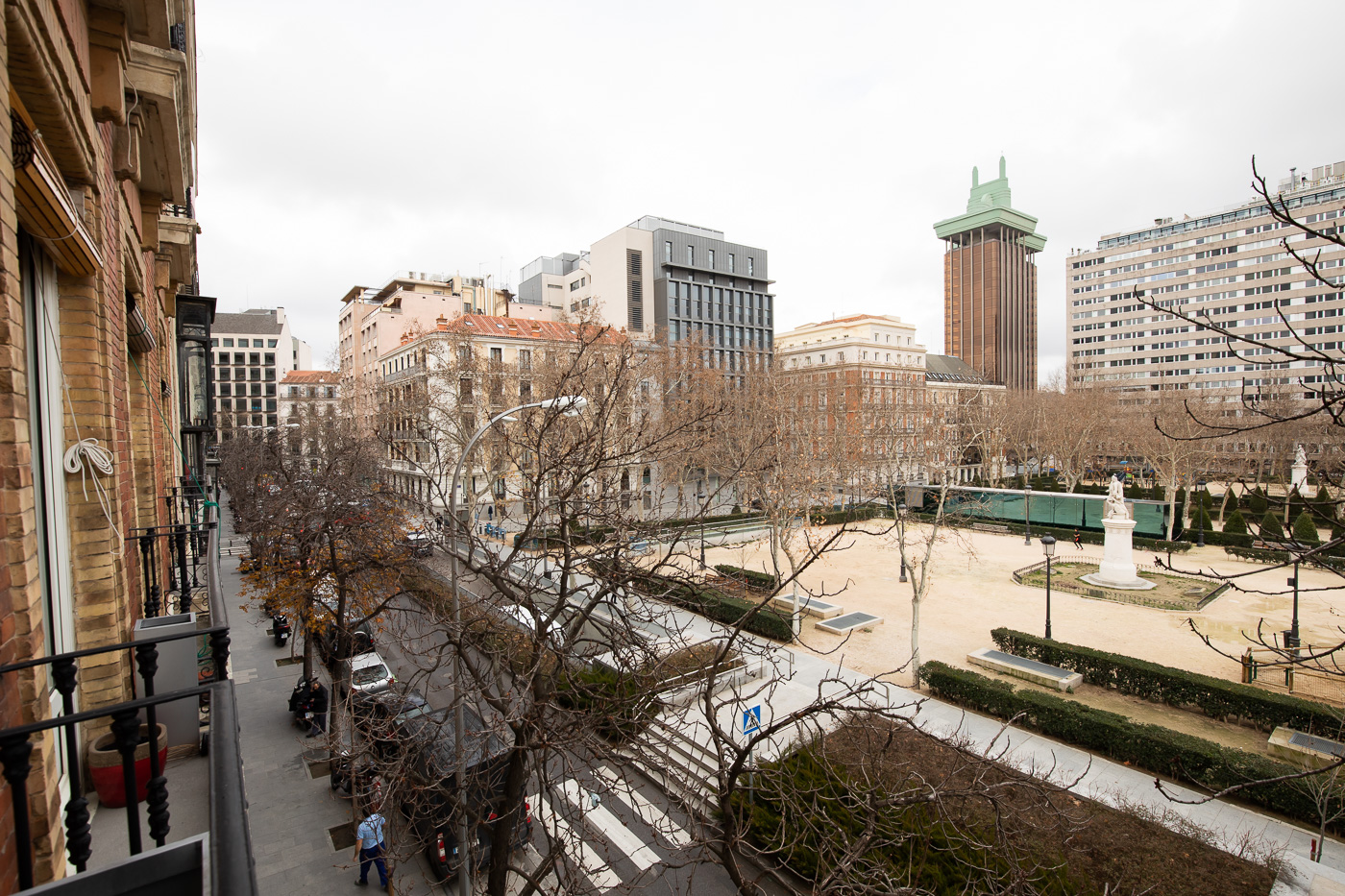 Madrid, Barcelona and San Sebastian are the only three Spanish cities where the average price of housing exceeds 6,000 euros per square metre, according to a study by TecniTasa.

According to the report on maximum and minimum house prices prepared by the appraisal company, the most exclusive areas of the capital and the city of Barcelona have once again reached and exceeded 10,000 euros per square metre (and rising).

The third city that exceeds the psychological barrier of 6,000 euros is the Basque city of San Sebastián, where you have to pay 7,860 euros per square metre in streets such as Hernani, Avenida Libertad, Boulevard or Plaza Guipúzcoa.

Other capitals with rising prices, according to the TenciTasa report, are Bilbao in Plaza de Euskadi or Abandoibarra (5,780 €/m2); Santander in El Sardinero (5,280 €); or Malaga in its Centro area and La Malagueta (5,000 €). Marbella would reach 5,600 €/m2 to buy a property on the front line of Puerto Banús. 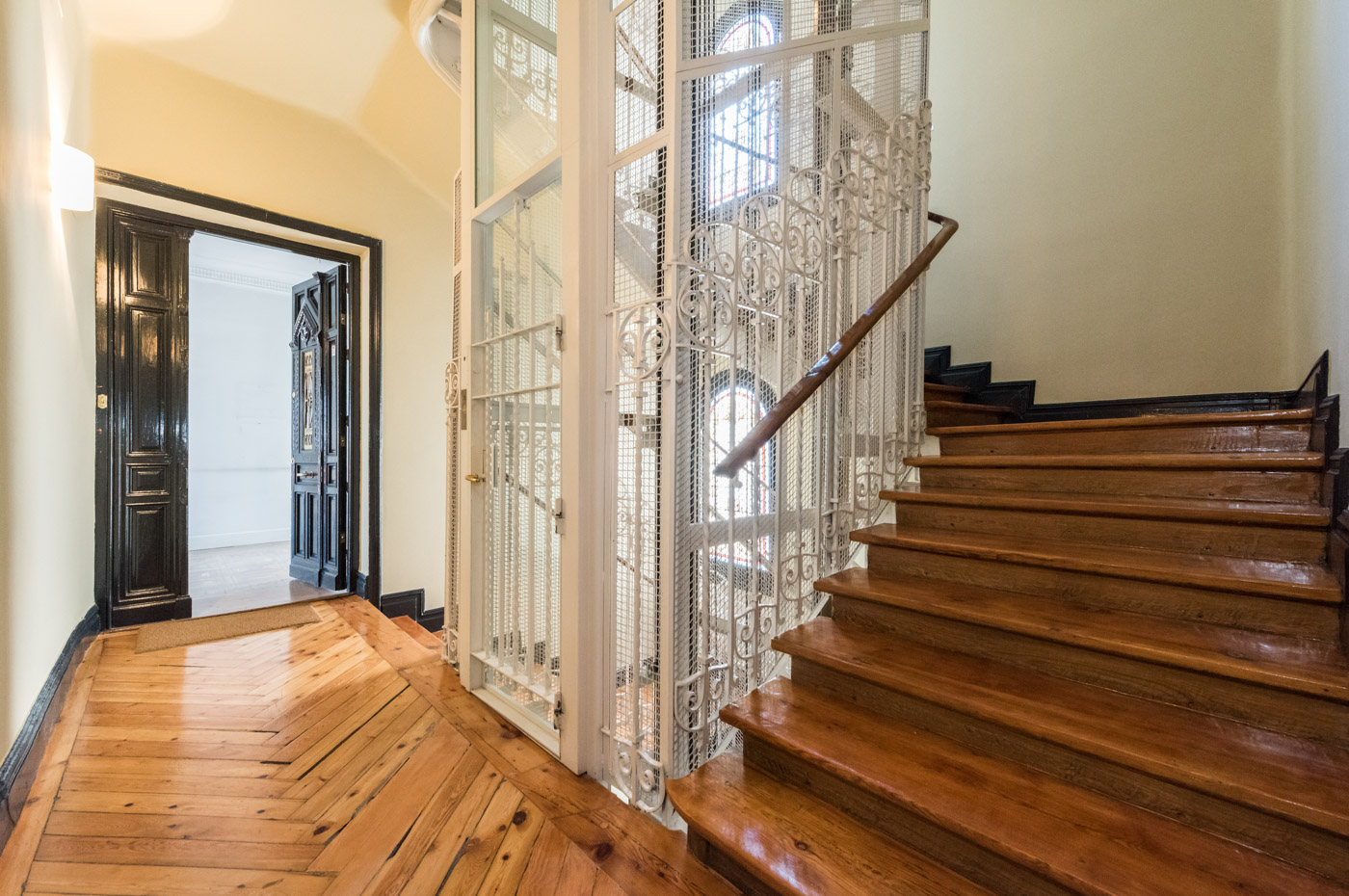 José María Basañez, president of TecniTasa, stressed that “we are reaching a high degree of maturity, mainly in areas that have experienced positive growth in recent years (some of which have experienced double-digit growth), which will translate this year into a stabilisation or very slight price fluctuations in a large part of the national territory”.

As for the most affordable cities in which to buy a flat, the valuer points out that there are areas with prices that do not exceed 500 €/m2. In Ávila, in the Plaza de San Francisco, or in Huesca, in the Perpetuo Socorro area, properties between 60 and 90m2 can be bought for €480.

Below the 400 € barrier, the report points to Talavera de la Reina, in the province of Toledo, with prices of 363 €/m2 in the neighbourhoods of El Pilar and La Estación.

The TecniTasa report shows as a curiosity that cities close to major capitals are experiencing large rises, even surpassing cities that are not provincial capitals in their own communities. For example, in the province of Barcelona it is worth mentioning Hospitalet de Llobregat with a double-digit increase in Plaza de Europa, reaching €4,000 in maximum prices; or Badalona in Frente Marítimo with almost a 6% increase and reaching €3,600/m2, both exceeding Gerona, Tarragona or Lérida in prices.

Another special mention goes to Baracaldo (4,700 €/m2), which becomes the eighth most expensive city in Spain with an increase in its maximum prices in Paseo de los Fueros, Megapark and Bec, being surpassed only by large capitals such as Madrid, Barcelona, San Sebastian, Bilbao, Santander, Malaga and Valencia.

In addition, it is worth highlighting so-called “villages” such as Dos Hermanas (Seville), whose maximum prices exceed 5% to 1,600€/m2 and whose minimum values are not far behind, with rises of over 8%, reaching 650€ in neighbourhoods on the outskirts of the city.

José María Basañez, President of TecniTasa states: “We are reaching a high degree of maturity, fundamentally in the areas that have experienced positive growth in recent years (some with double-digit growth), which will translate into stabilisation or very slight price fluctuations in a large part of the national territory this year”.

Cities whose maximum prices do not exceed 2,000€

What if our budget is tight, but we would like to buy in the most expensive areas of the cities? To do so, we should buy a property in provincial capitals that do not exceed €2,000/m2. We suggest León, in San Claudio, La Chantría and Ordoño II streets at 1980€/m2; Huelva in Plaza de las Monjas and Centro area; Teruel in Centro and Ensanche, Avda de América, Aragón (both at 1,900€/m2); Jaén in Gran Bulevar, Paseo de España and Paseo de la Estación (1,880€/m2); and Badajoz at 1,875€/m2 in Cerro del Viento, María Auxiliadora and Huerta Rosales.

Finally, we can also mention those locations whose minimum prices are not very accessible, i.e. cities whose cheapest prices to buy a property would never be below €1,250/m2. In this range we find Vigo in the streets Buenos Aires, Ramón Nieto or Avenida de Galicia among others at 1,250€/m2. In Vizcaya in Bilbao, Hollerías or El Peñascal at 1,280€, in Marbella in Leganitos and Salduba streets at 1,310€ or in Baracaldo at 1,340€, its cheapest prices, in the neighbourhoods of Retuerto, Buen Pastor and Llano.

In Guipúzcoa, in the city of San Sebastián, we find that being able to buy a property at an affordable price would never be below €1,590 in Herrera, Trintxerpe and Maturtene.

In a market of moderate general growth, provincial cities such as Hospitalet, Vigo, Badalona, Dos Hermanas, Baracaldo and Santiago de Compostela are surprising, with above-average price increases that in many cases exceed those of major capital cities.

If we are looking for low prices, in only seven Spanish cities could we buy a property for less than 500€/m2: Talavera de la Reina, Elche, Alicante, Jerez, Castellón, Ávila or Huesca.

Madrid and Barcelona once again reach the €10,000/m2 barrier with price increases exceeding 5%.

DO YOU WANT TO LIVE IN THE MOST COSMOPOLITAN NEIGHBOURHOOD IN MADRID?

DESIGN AS AN ENGINE OF TRANSFORMATION

Looking for a new start? Real estate news in Madrid